Bridgend and District Air Rifle League celebrated their 112th anniversary this year. The Annual Presentation Night took place on Saturday 6th of July, at Kenfig Hill RFC. We had an excellent turnout with nearly a hundred sitting down for a very nice four course meal to start proceedings.
​
Congratulations went to Porthcawl, winning both the Phillips and Stockwood Leagues, retaining their titles from last season.​
The Perring Handicap League went to St Brides also retaining their title from last season, Fforddygyfraith the runners up in all three events​.
​
Individual events were hotly contested in all cups where we witnessed some stunning shooting from both senior and junior members of our League.​
​
Overall League Champion for an incredible 9th consecutive year with a further 10th title when university studies took him away from shooting, went to:​
Nathaniel Monk of Fforddygyfraith. Nathaniel shot in 18 League matches scoring 16 possibles (35 and up) finishing with an average of 35.22, those were the only two shots he dropped in the entire season, taking into account the handicap league pairs, fours and individual events. During the season Nathaniel shot in 39 matches with 37 possibles and an average of 35.26, scoring an incredible 35.6, (just missing the maximum 35.7) he also managed five 35.5s.​
​
Pushing him hard for the title and finishing in the R/up spot was Jazmine King from the Porthcawl team, the first lady to do so in the history of the League.​
Jasmine took part in 33 matches scoring 25 possibles with a highest score of 35.5​
Jasmine also obtained the highest Ladies average for the fourth year in succession, doing so during her university studies.​
Maybe our first Lady League Champion soon!?​

The Highest Ladies Average Runner Up, this lady has improved greatly in the last season or so, Joanne Christian from the Ewenny Eagles Club shot in 19 League matches scoring 7 possibles and finishing with an average of 34.32, taking into account all other matches Joanne shot in 41 events with 17 possibles and a high score of 35.3 qualifying her for the Robert Thomas Cup. Should be an interesting season starting soon.​
​
Not only did Jasmine win the individual titles but also the Robert Thomas Cup and the Ray Lewis Cup, two of the most difficult cups to win in the League. She did so showing both extreme shooting skills and nerve.​
​
Not finishing there Jasmine was involved in Pairs events the Western Mail and Bertorelli Knock out pairs. Shooting with her partner Dai Jones they shot incredibly well to take both titles, with Gareth Jones and Nathaniel Monk R/up in both events for Fforddygyfraith.​
​
The Edgar Williams Knockout Fours were won by Porthcawl, with the Runners Up spot taken by Ewenny Eagles.​
​
The Lord Swansea Handicap Pairs, a great event to give all the members of the League the chance to compete on level terms with the top shots, and it turned out to be a cracker with the two of the youngest members of the League brother and sister Molly and Ben Burke winning the event. Having to shoot five times over two nights they ended up in the final against the League Champion Nathaniel and his dad Derek, Molly and Ben held their nerve and came out worthy Champions.​
​
Other Juniors to win trophies include :  Jareth Kale(PCL), Cameron Kale(PCL),​
Kaitlin Jenkins(HWK), Owain Pugh(FYG)​
​
The evening continued with a disco provided by one of our league members, Brian Pugh and the annual event, the singing of ‘Running Bear’ by Kev McNally, all provided a fitting end to a fabulous night!​

Hi All
I am pleased to inform you that we will be insured from tomorrow (Friday ), so Monday night’s matches can go ahead.
Please follow the fixtures as they are on the fixture sheet. We will fit the missed matches in later. Many thanks!

Please inform all members that Thursday night’s shooting will also have to be cancelled.

Unfortunately it was not possible to implement a new insurance policy in time. However matters are in hand with another company and are looking good for next Monday night.

Please inform all members that unfortunately, due to problems with our insurance, ALL LEAGUE MATCHES ARE CANCELLED TONIGHT!

Please be aware that if you practice tonight you are also NOT INSURED with the league insurance.

In the interest of safety on the range, will all secretaries please inform their members that the wearing of earphones with music or other sounds whilst shooting is  NOT ALLOWED.

Ear plugs are ok, earphones with music or other sounds do not allow the shooter to hear any instructions from the range officers. Thankyou.

Due to unforseen circumstances the League AGM to be held on Thursday 24th August 2017 has been cancelled.
Apologies to all concerned.

We had a very notable situation arise at the match between Fforddygyfraith and Ewenny Hawks on Monday 3rd October 2016 which deserves a mention.
We had a match between the youngest and oldest members of the League :~
John Hemming (HWK) (87 years old) and Owain Pugh (FYG) (11years old).
John with his experience edging the contest by just a couple of points (31 to 28) over Owain in only his second match.

Those of you with trophies can you please return them in a clean condition to Jim or Caroline as soon as possible.

At The Kenfig Hill RFC – Range open from 7.30pm

The postponed A.G.M. from last year will take place
At the Kenfig Hill RFC (Fforddygyfraith Range)
On Wednesday 18th March 2015 at 8.00pm

IMPORTANT NOTICE
From February 2nd the bridge just the other side of Ewenny will be closed until the end of the season. Therefore access to the St Brides range will be via Ogmore-By-Sea which will add an extra 10 minutes or so to your journey. All teams please be aware of this as we don’t want any prolonged matches due to people turning up late. DON’T forget your members have to be there on time to continue the match, or else the match is forfeit.
Many thanks!

The Bridgend & District Air Rifle League is constantly on the lookout for new members!

The cost of the sport is very reasonable with adult members at present paying a direct annual membership fee to the League of £30, whilst child membership is only £11, (please note that the fee includes third party liability insurance) and the individual clubs then add a minimal fee for their own running costs.  All the teams presently shooting are based in licensed premises which lends itself to the social side of the sport.

We also take pride in the fact that we can offer free onsite coaching to all new members by our NSRA qualified club coaches. The first year’s membership is absolutely free and new members can borrow club rifles…. so all you need is pellets!

If you are interested in trying a new sport/hobby please come along to one of our listed club venues on a Monday or Thursday night, or contact us for more information…. everyone is welcome as no previous experience with air rifles is required!

The Bridgend & District Air Rifle League AGM will be held at the Kenfig Hill Rugby Club on Thursday 22nd August 2013 at 8.00pm

**Will secretaries please note that any mandates/proposals

must be in the hands of the secretary 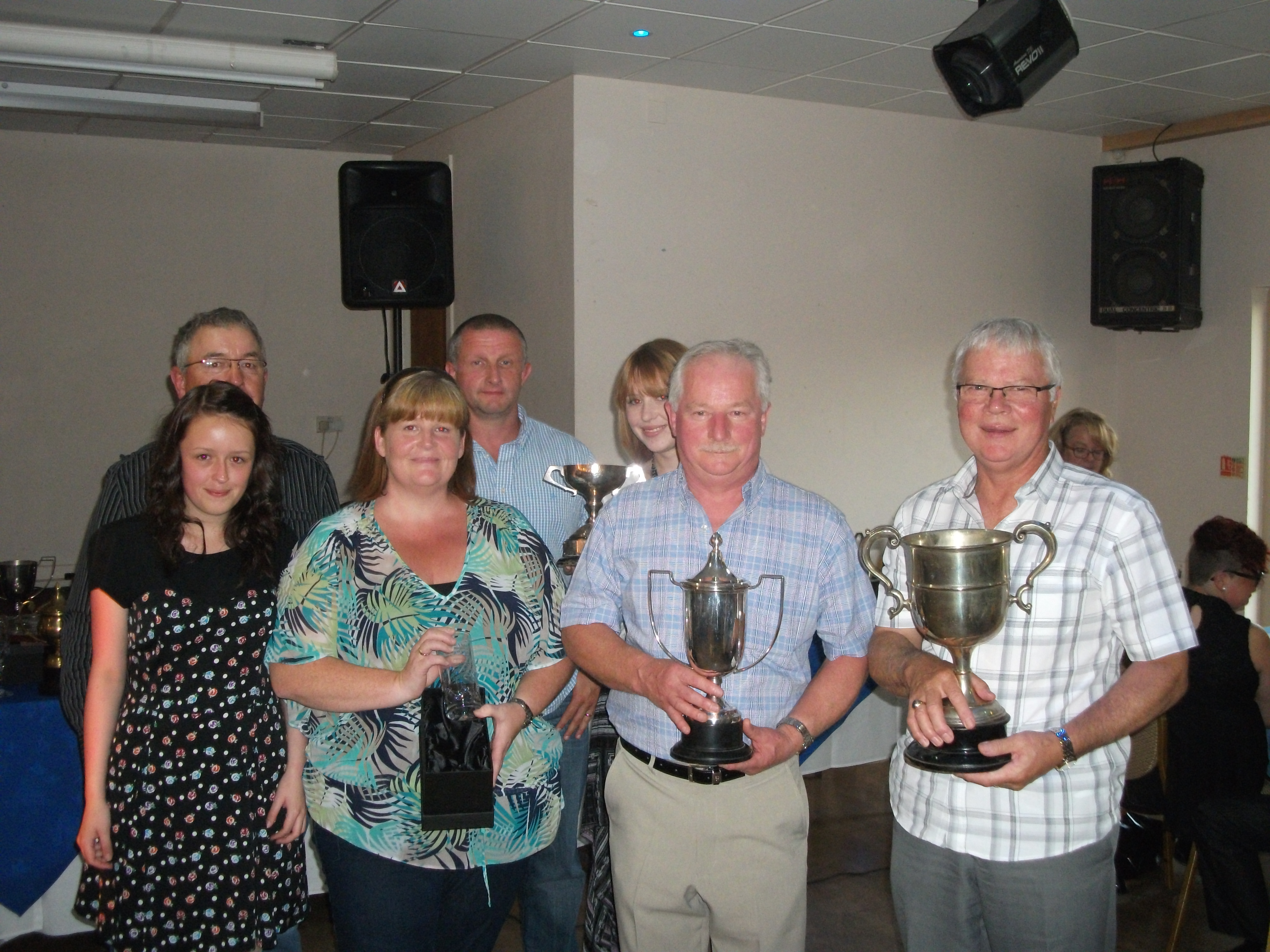 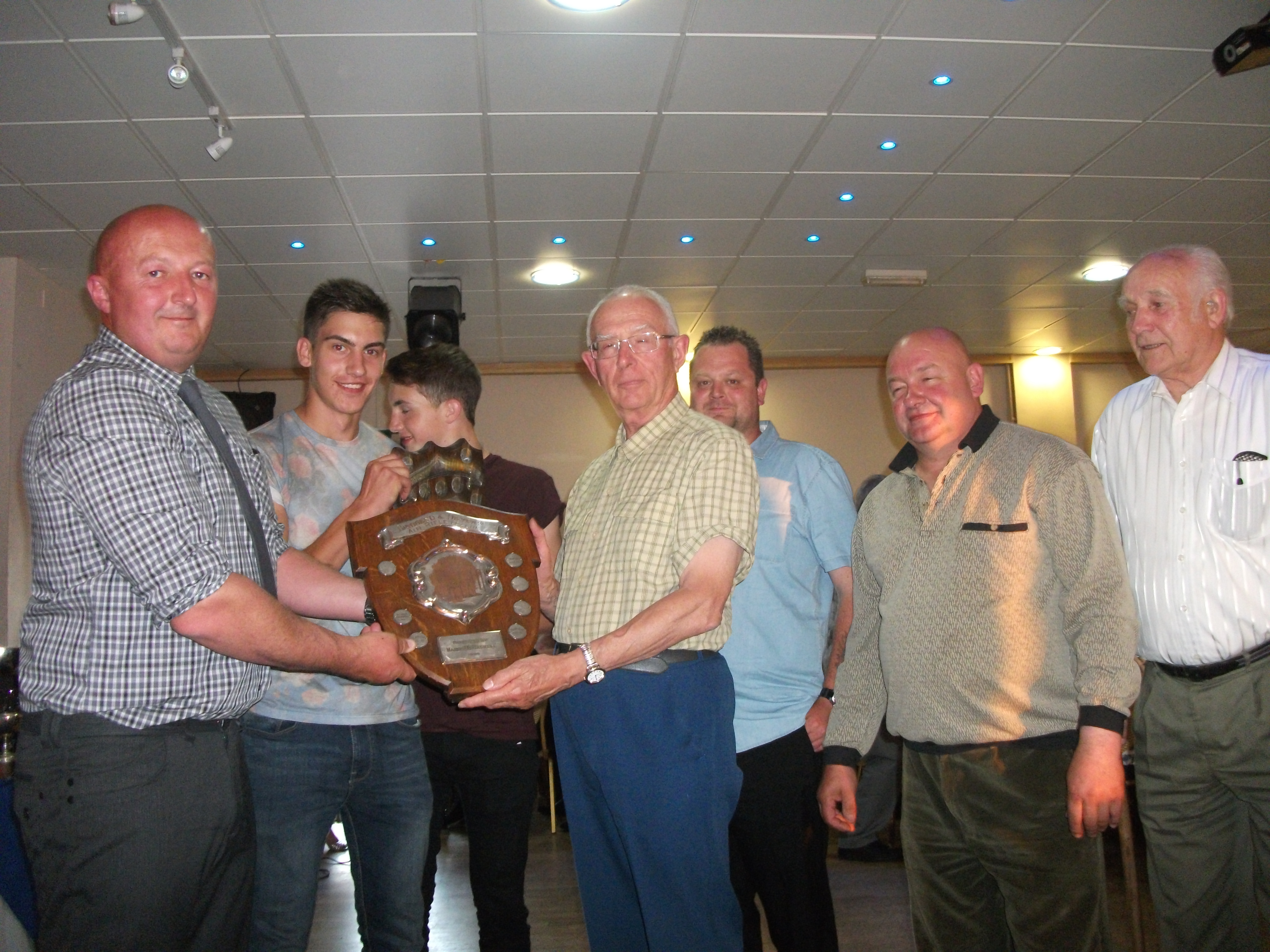 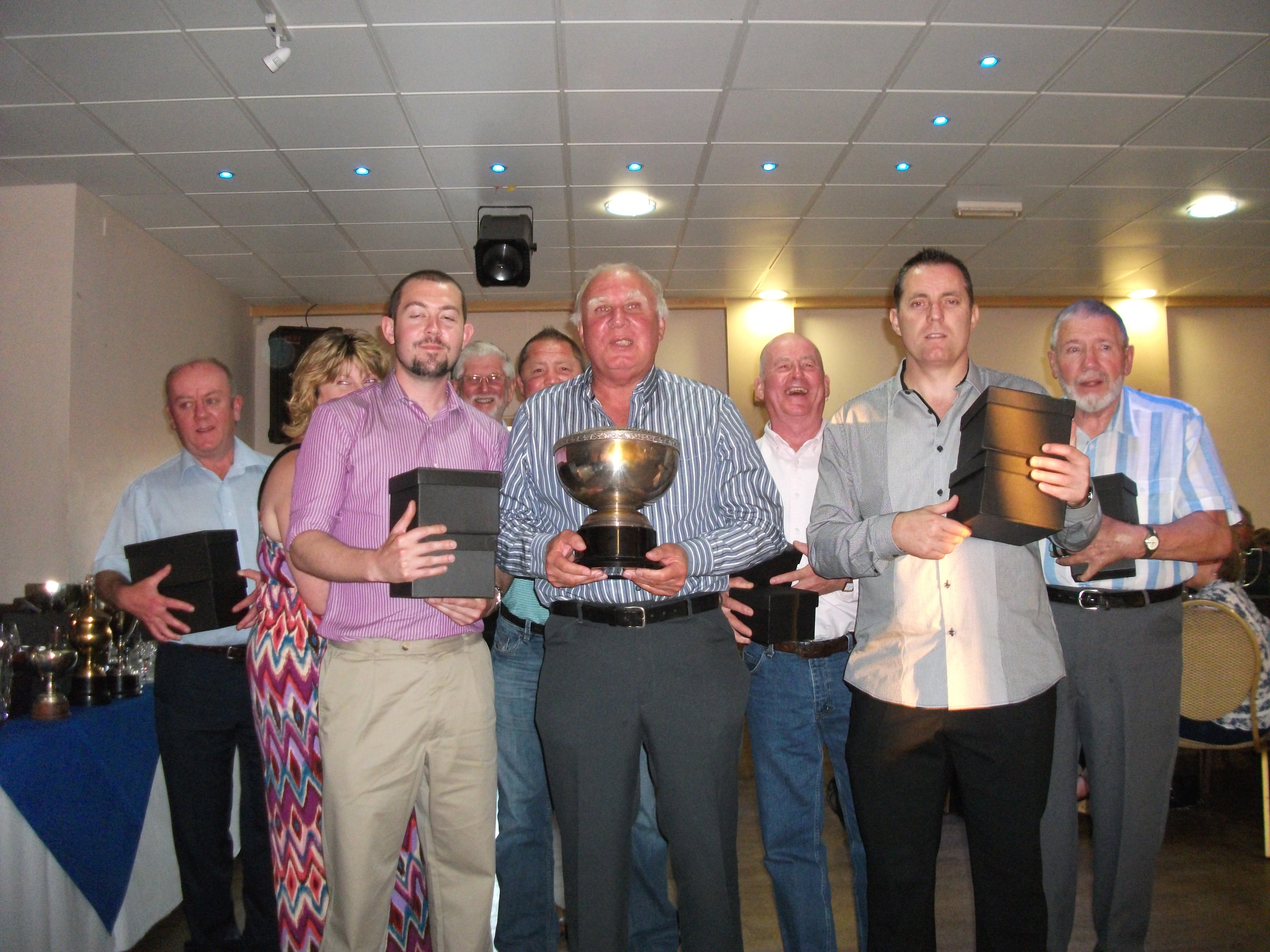 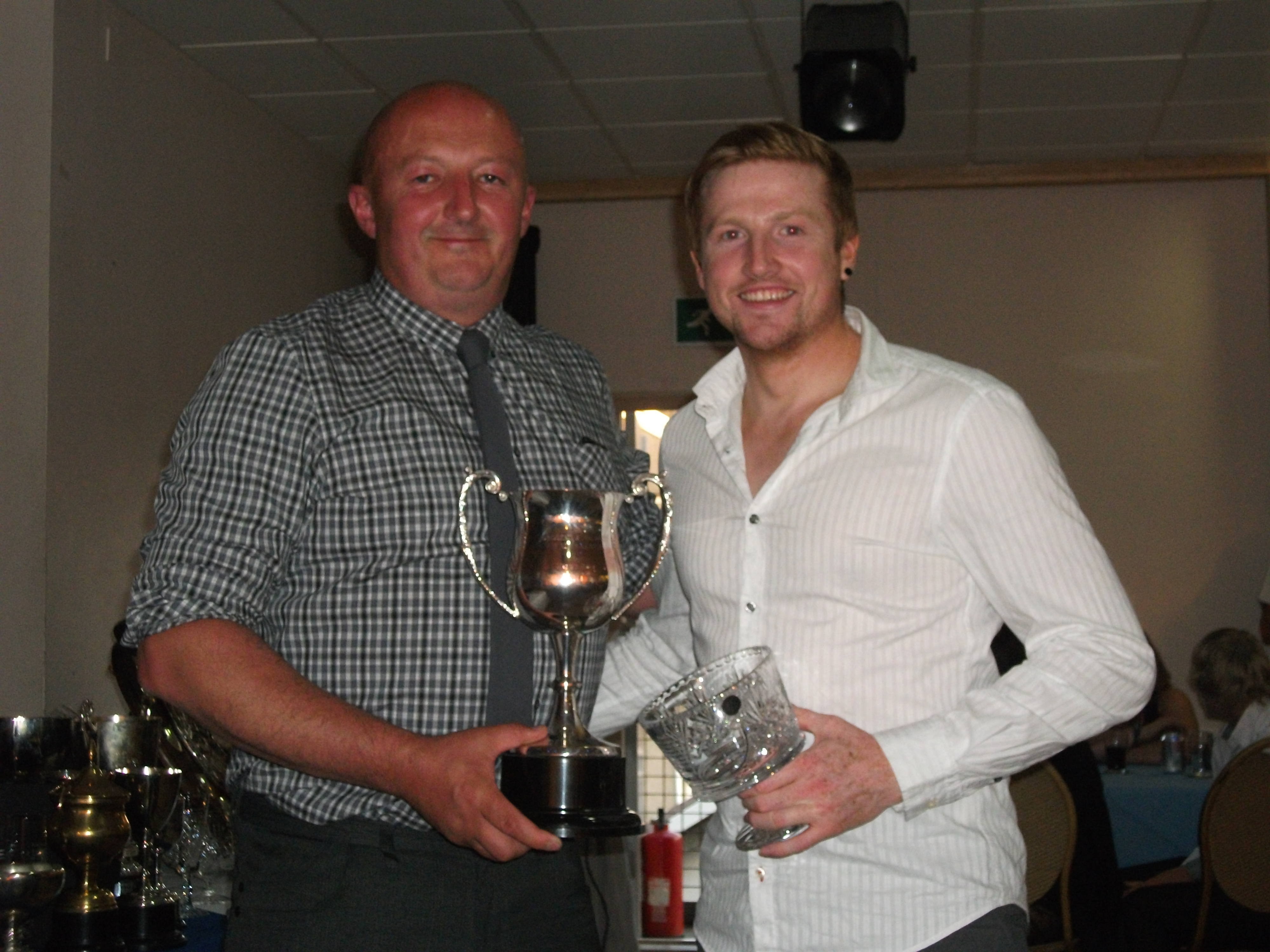 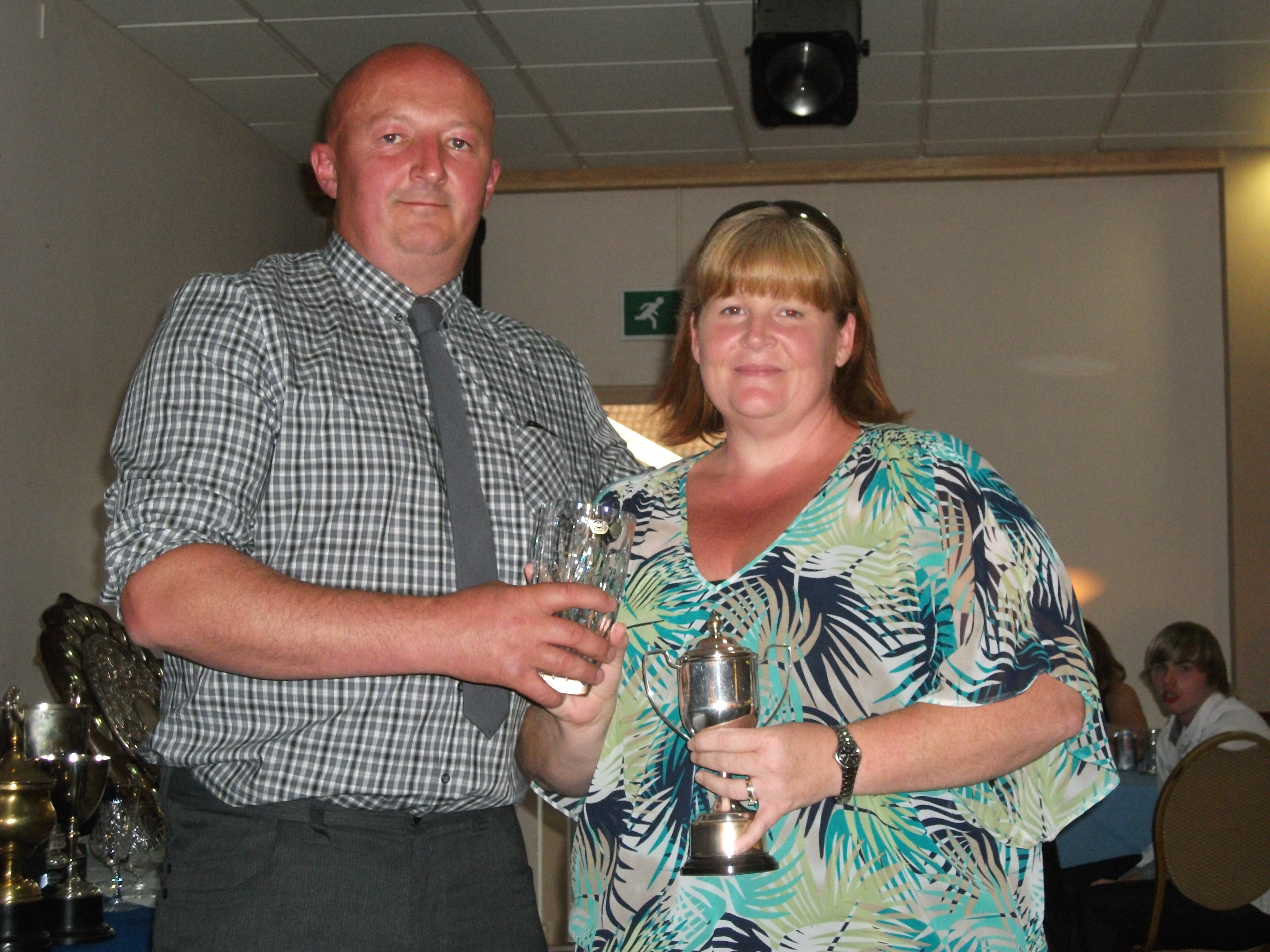 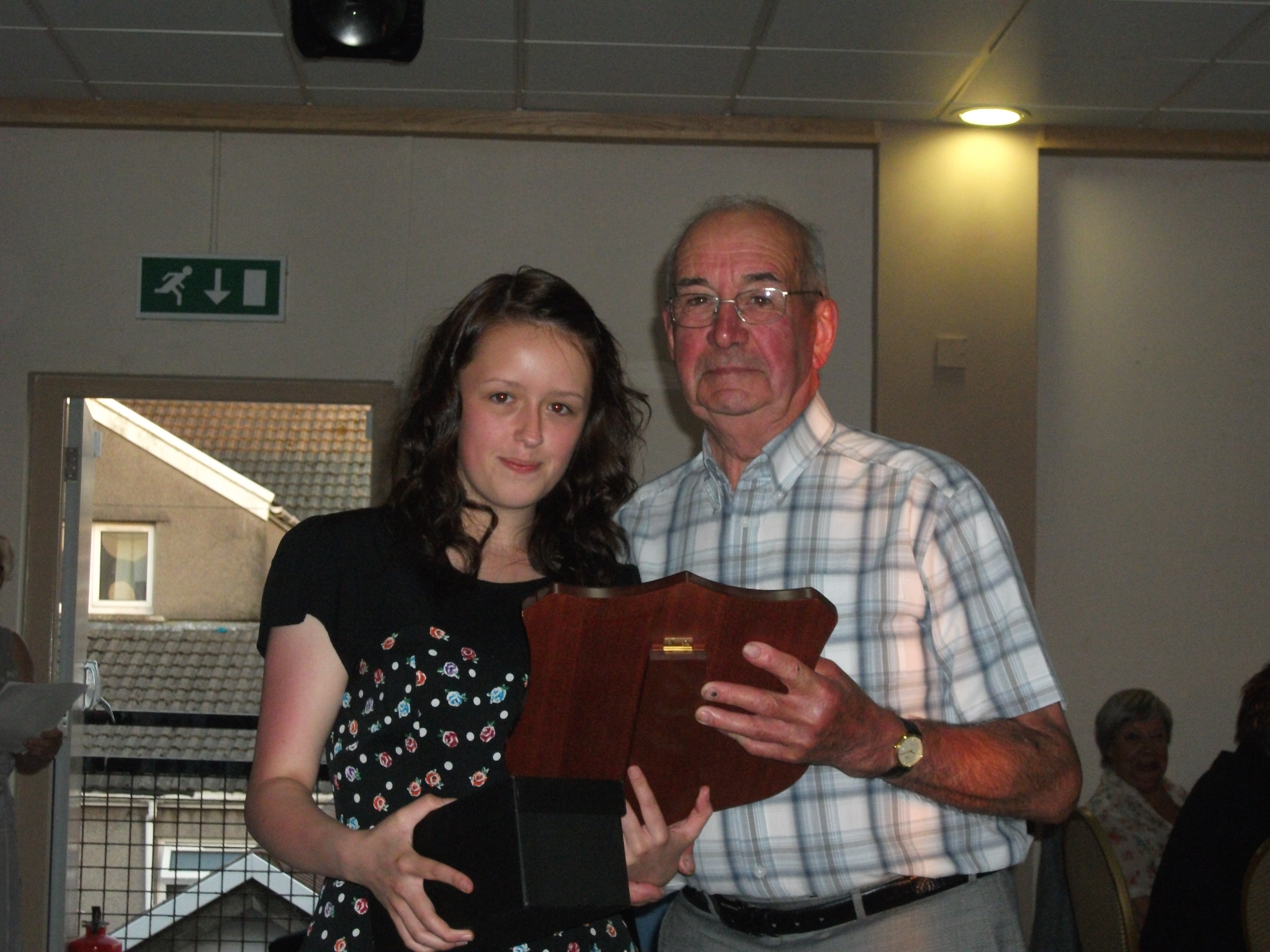 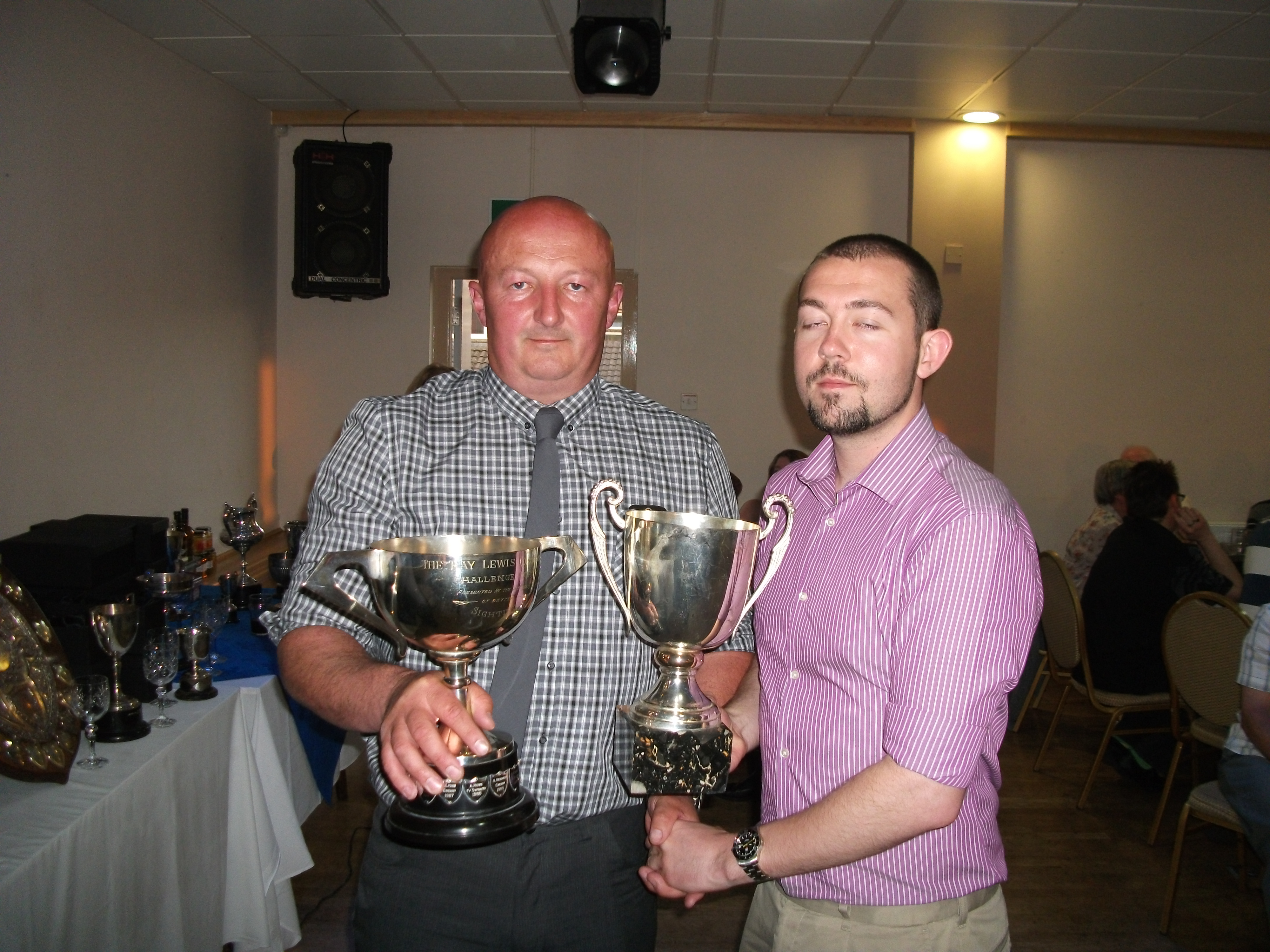 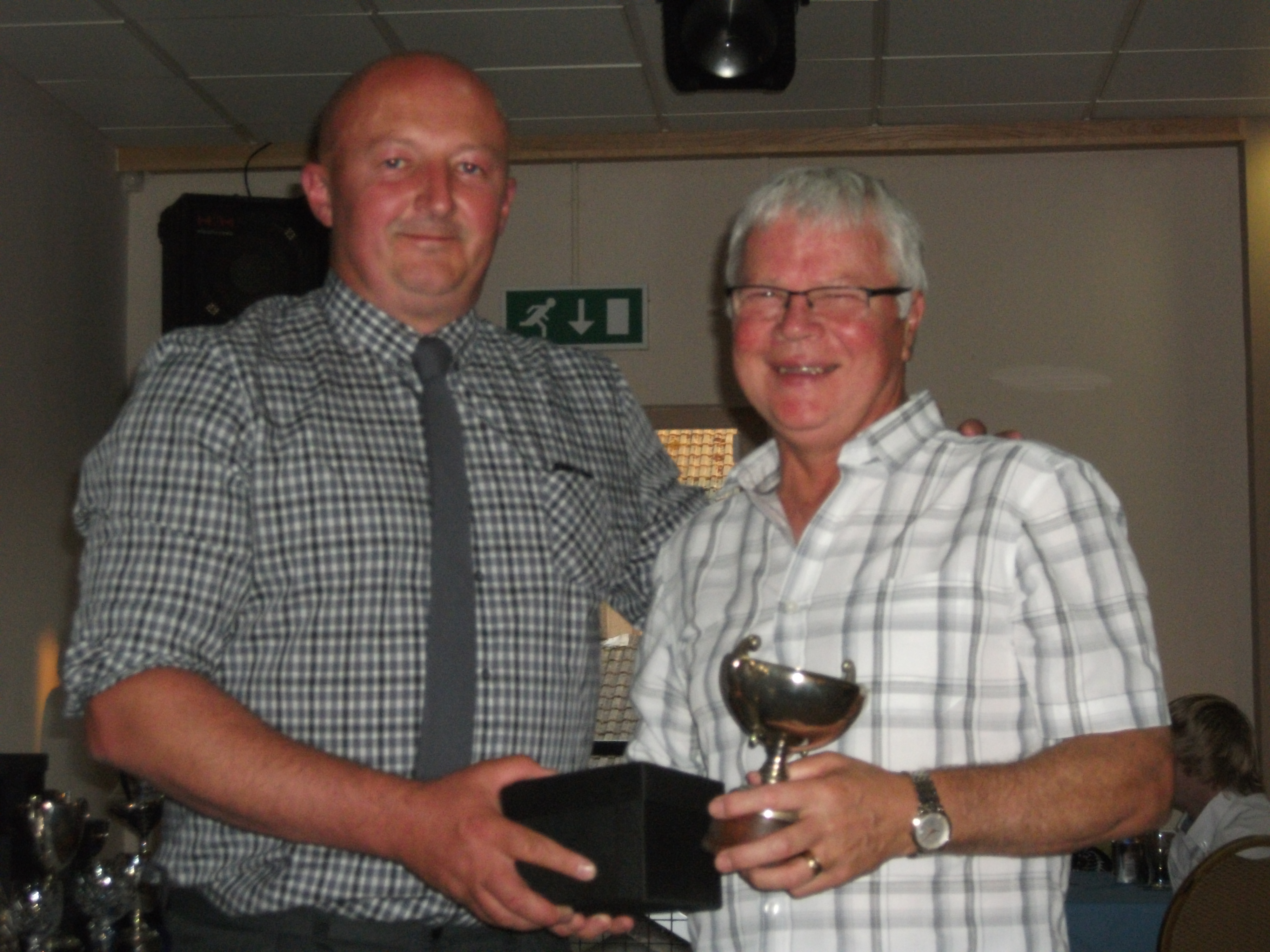 All members taking part please be aware that
all competitors must be on the range by 7.50pm for the draw.

This event has been brought forward to Thursday 2nd May
It is a knockout event so ALL COMPETITORS MUST BE ON THE KENFIG HILL RFC RANGE at 7.50pm FOR THE DRAW.
If any team cannot field the qualifier or the reserve they may send the next highest qualifier, ie the next highest average having shot in at least 15 league matches out of the twenty.

Mr Jim Watkins (FYG) is checking back through the score sheets for the Perring League, Pairs, Fours and Cup matches and if you have been missed out please let him know with the rough date and match.
As all teams have a member qualified with 35.4, if that team member is not available to shoot then unfortunately the next highest averages are not qualified to shoot.

At Kenfig Hill RFC on Thursday 25th of April at 8pm.

Please book in as soon as you arrive at the club.

The last booking in time will be 9.00pm!

If this event cannot be completed in one night, it will run over to Thursday 2nd of May.

Hope to see you all there!! Good Luck! 🙂

Kenfig Hill RFC
All competitors on range by 8.00 pm

Please note that due to unforeseen circumstances the room at the Kenfig Hill RFC is no longer available to us this Thursday…. Apologies to all concerned.

The competition will now recommence a week Thursday, on 18th April 2013.

As already stated ALL COMPETITORS need to be on the range and ready to shoot by 8.00pm please.

All competitors need to be on the range by 8.00pm

All competitors need to be on the range and booked in by 7.50pm for the draw.

You do not have to shoot with a member of your own club, so if you do not have a partner turn up and we will try our best to find you one. Just let the person booking you in know on arrival.

Please note that for those teams who have not yet paid the second half of their League fees… They are Now Due!

To be held at the Kenfig Hill RFC

To be held on Wednesday 27th February at the Kenfig Hill RFC at 8.00pm

Cancelled….. to be re-scheduled!  Apologies to all concerned 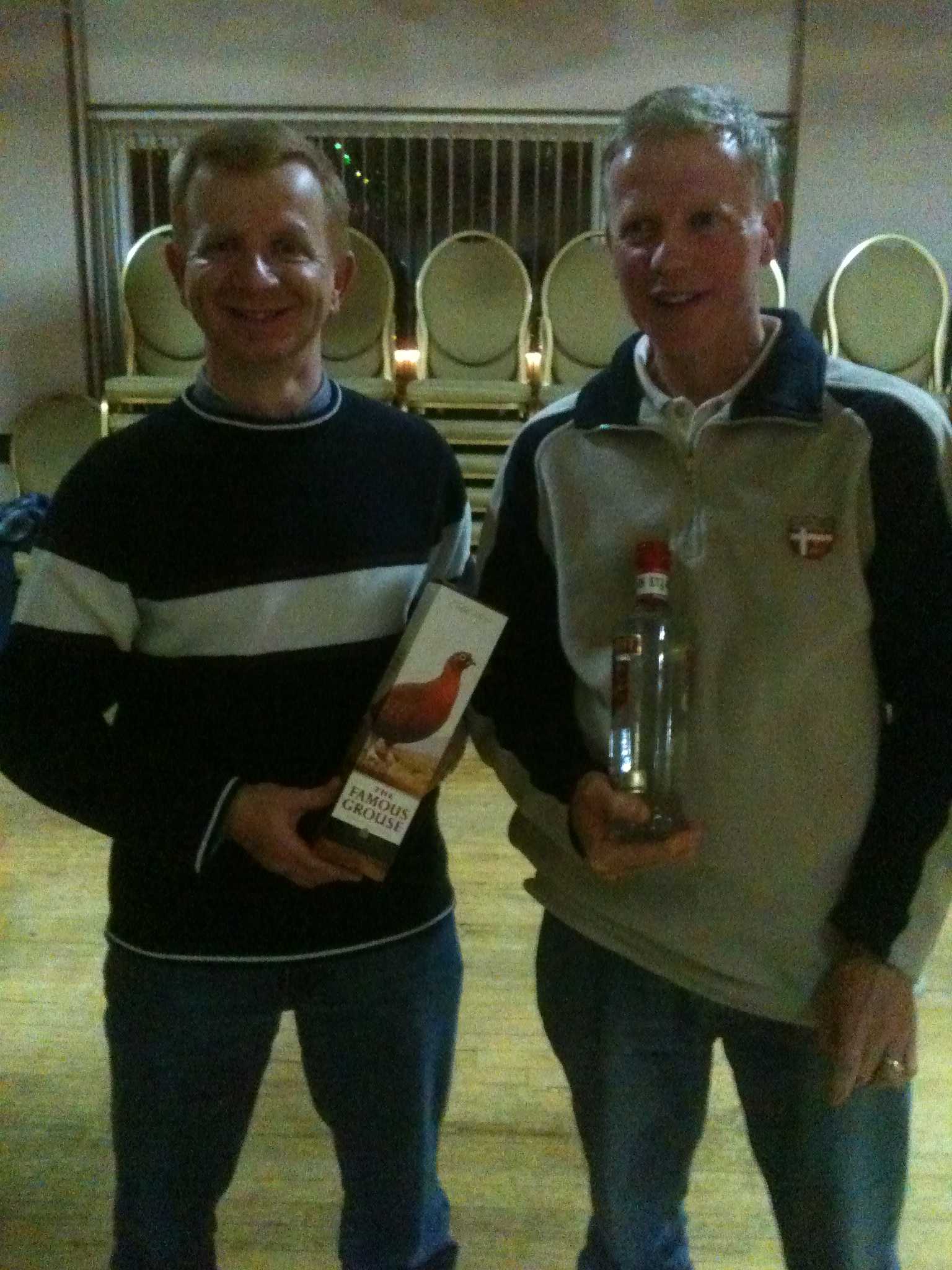 The League is constantly on the look out for new members!

The cost of the sport is very reasonable with adult members at present paying a direct annual membership fee to the League of £30, whilst child membership is only £11, (please note that the fee includes third party liability insurance) and the individual clubs then add a minimal fee for their own running costs.  All the teams presently shooting are based in licensed premises which lends itself to the social side of the sport.

We also take pride in the fact that we can offer free on site coaching to all new members by our NSRA qualified club coaches.
The first year’s membership is absolutely free and new members can borrow club rifles…. so all you need is pellets!

If you are interested in trying a new sport/hobby please come along to one of our listed club venues on a Monday or Thursday night, or contact  us for more information…. everyone is welcome as no previous experience with air rifles is required!

We would be very interested to hear from anyone within a 15 mile radius of Bridgend Cenotaph who could;

The League would be happy to offer advice and support in obtaining a target on loan.  An air rifle could possibly be made available for the first season also.

Why not ask your local landlord? Monday nights are usually very quiet and a new air rifle team could bring at least 20 people onto their premises!

The League would be more than happy to bring a target and air rifle along to any perspective team venue for a trial. 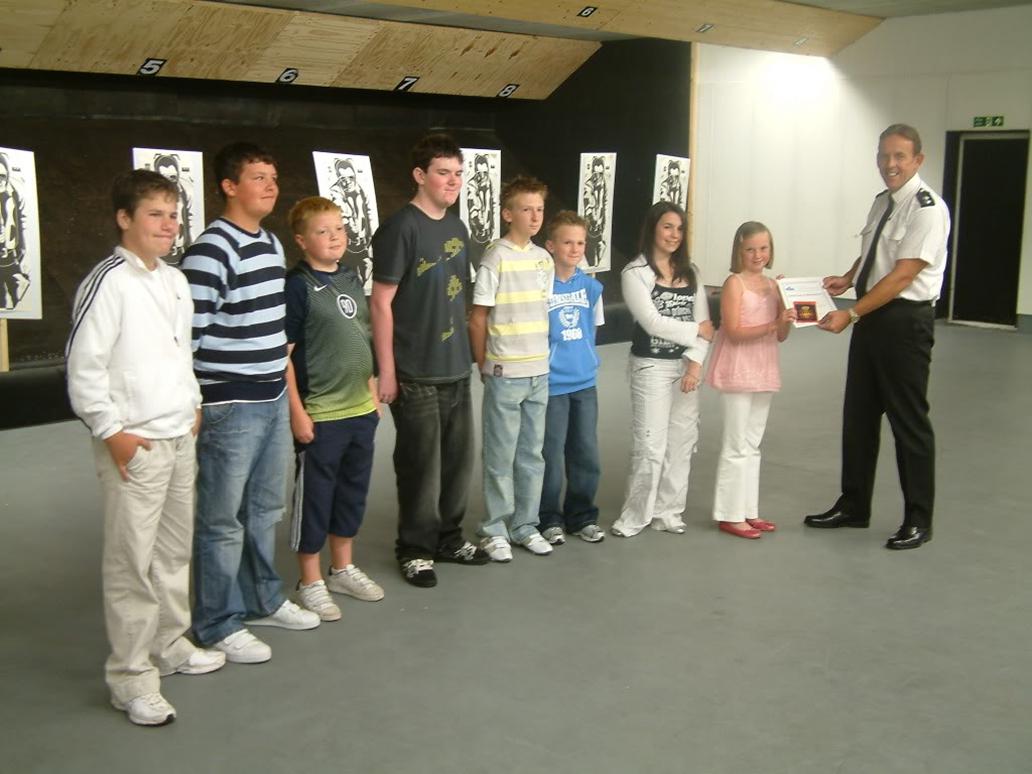 A group of children Gata put through the NSRA Youth Proficiency Scheme being presented with their certificates by the Chief Inspector of The Armed Responce Unit, South Wales Police, at their firing range in Bridgend.  Although it was Gata ( Glamorgan Air Target Association ) who ran the course, the NSRA qualified instructors were and still are all members of the Bridgend & District Air Rifle League.